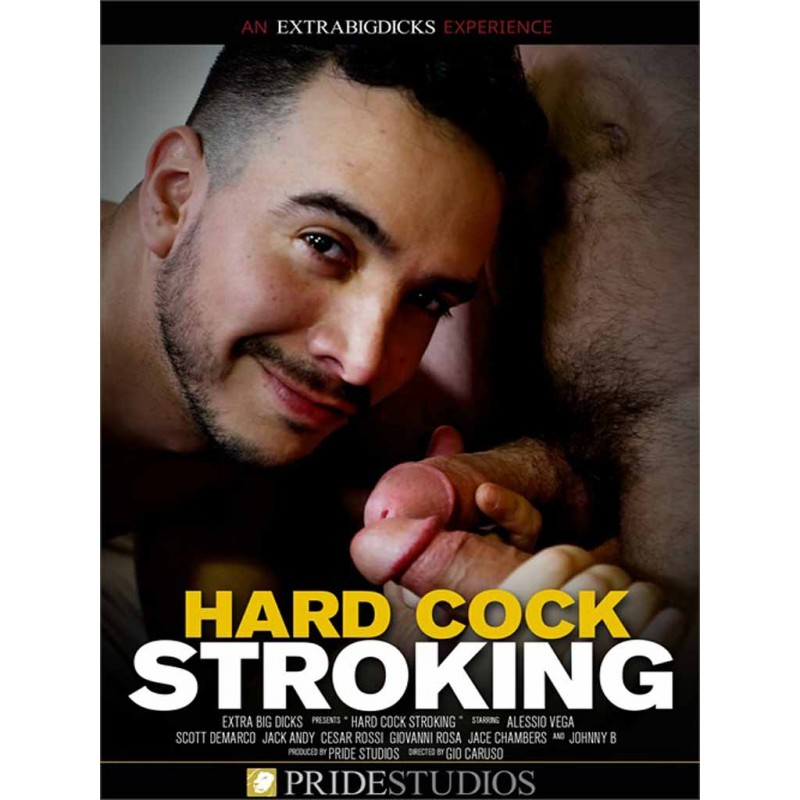 Alessio Vega tells his friends Scott DeMarco and Jack Andy that his husband is away, but they are open with each other. With that, all three start kissing and groping each other. Alessio loves big cocks and he is thrilled when he feels and sees what Jack and Scott both have in their pants. After discovering they are both talking to the same guy, Scott DeMarco and Jack Andy invite him to join them in the locker room and while they wait, they start stroking their big cocks and making out. When Jace Chambers recognizes club dancer Giovanni Rosa at his gym, he wonders what else they might have in common. Jace has a thing for strippers, which is perfect, because Giovanni has a thing for guys with really big dicks. Scott DeMarco really looks like his pictures, but what Johnny B really wants to know is if the dick pics on his profile are accurate. Scott quickly shows him that he's no liar and the camera isn't adding anything to what he's packing.