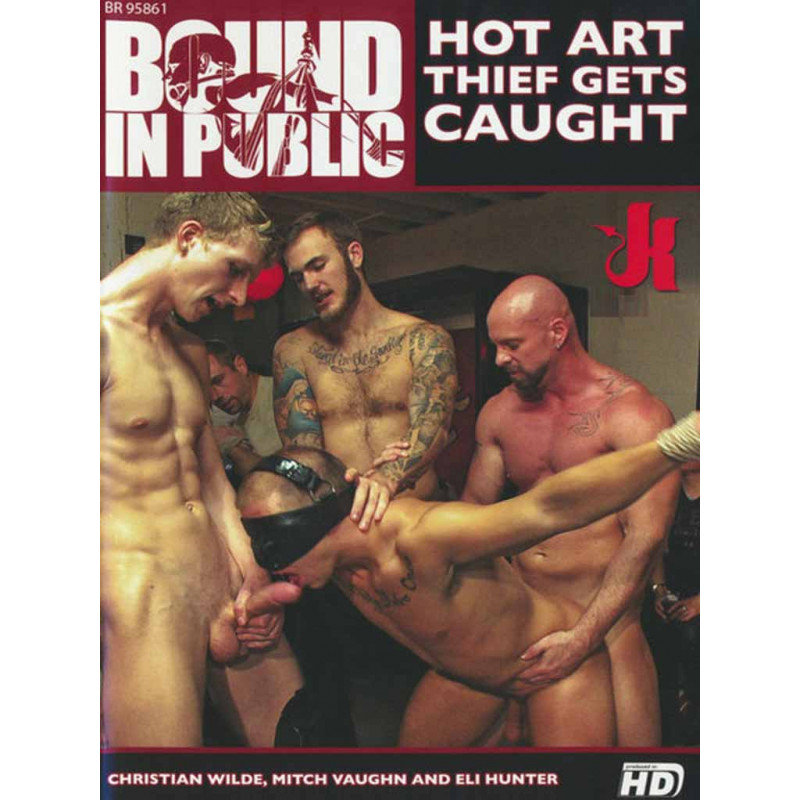 NewItems Fetish GroupSex/Gangbang Studs YoungStuds
In downtown San Francisco an art thief, Eli Hunter, attempts to sneak a painting out of the gallery when no one's paying attention to him. As he makes for the door in Bound In Public: Hot Art Thief Gets Caught, the guys notice the piece of art and tackles him down to the ground for trying to steal from them. Eli kicks and screams, but his resistance is futile as the swarm of guys tear away his clothes and gag him. He's passed around as the crowd teaches him a lesson, spanking his ass and tormenting him with the electric zapper. They throw the klepto down to his knees and shove cocks down his throat before bending him over for an ass fucking. They fuck him like a spit-roast before binding his hands and legs to the pillars and flogging him for everyone's amusement. Eli endures CBT as clover clamps are clipped all over his balls and even on his nipples. When the thief begs for mercy all the guys give him is cock instead. After getting plowed from behind the guys take their turns blasting loads of cum onto his face. That'll teach him!